On The View, Whoopi Goldberg argued that Americans had no right to be judgmental toward potential Islamist immigrants from Syria, because after all, the most terrifying monster, Adolf Hitler, was a Christian. I don’t know anyone who watches The View, so I cannot sympathize with the kind of person who listens to someone as ignorant and dishonest as Whoopi Goldberg for the purpose of informing oneself about the world, but on the off chance that it is true that people do so, I would like to address both Goldberg and them.

So, there is that. Mindlessness and ignorance on display like an Airedale Terrier at Westminster. Thankfully, the rest of the world is not necessarily as mired in the quicksands of stupidity. The staff over at the Federalist quickly debunked the assertions of these woefully benighted bastions of daytime television.

Co-host Joy Behar exclaimed that this stance wasn’t very Christian, then implied that the Christian refugees are super dangerous.

Behar provided no evidence to support her assertion, which is somewhat understandable since McVeigh wasn’t a Christian. McVeigh identified as an agnostic and said his violent actions weren’t motivated by any religious associations, but by an extreme hatred for the federal government.

Whoopi Goldberg followed Behar’s convoluted line of thinking by pointing out how Adolf Hitler was totally a Christian.

“There have been a lot of monster Christians,” she said. “Hitler was a Christian.”

But Goldberg’s claims don’t add up, either.

The Reich Minister of Propaganda for Nazi Germany noted in 1941 that “[Hitler] hates Christianity, because it has crippled all that is noble in humanity.” The Federalist

Thank you! Yet, debunking these claims isn’t the real story. The real story is that liberals actually believe these lies and misshapen logics. They actually believe that Monstrosity is to Christian as Monstrosity is to Islam (if you’re taking your SAT’s anytime soon, pay attention). For one thing to be like another, they must have objective qualities in common. So, if we are to discuss the monstrosities of Christianity, we must compare it contextually to the modern monstrosities of Islam.

So what is going on in the world that is causing all this contention? A large minority of Muslims across the world are committed to interpreting their scriptures literally and to achieving, in reality, the promises of their prophecies. Which means, all non-Muslims must either submit to Islamic Law or die. They seek to create caliphates, within which there is permitted no departure from orthodox Islamic Law, and to expand these caliphates through war and by any means necessary. Christians, Jews, and Westerners have been Crucified, Beheaded, Burned to Death, Drowned, and Executed.

These are the facts about the disturbing realities of Islamist terror across the world. These are the things that Christians, Hindus, Buddhists, Jews, and Agnostics are concerned about. After all, this isn’t merely a threat to those of different religions. Homosexuals have been thrown off buildings, adulterers have been stoned to death, and girls that have been raped have been killed on behalf of the honor of their families. One need not practice a religion to be horrified and enraged by these atrocities.

Therefore, for an objective comparison to be made, we must compare these Islamist Terrorists to Christian Terrorists. Let’s go down the list. Is there a large minority of Christians across the world aiming to create a Christian State, wherein all non-Christians must either submit to Christian Law or die? The answer is no. In fact, there are not even minuscule minorities of Christians who think this way. Are Christians crucifying, beheading, burning to death, drowning, and executing those who do not except orthodox Christian rule? Again, the answer is no. Are Christians throwing homosexuals off of buildings, murdering adulterers, or killing girls that have been raped on behalf of the honor of their families? No. Of course not.

The reality is (and this is merely a fact) that it is Islamic Orthodoxy, Fundamentalism, and violent jihad disturbing the peace, slaughtering the innocent, and spreading into Western Civilizations made tolerant and open through reformation and through the philosophies of The Enlightenment. You cannot Pooh-Pooh Islamic Fundamentalism by saying that all religions have their monsters and that it’s a wash. It’s untrue. It’s ignorant. It’s offensive.

These women on The View are ignorant, hate-filled proselytizers of secular statism. They place their faith in individual men and women. They cling to their leaders rhetoric like an infant to its’ mothers breast. They have no knowledge, no philosophy, no principle, no morality, and no means by which they can decipher reality and current events. Their minds are impotent. They are only capable of repeating the lies and logics of their leaders. This is at the very heart and nature of liberalism and statism.

You see, Christians place their hope and faith in God, his Son Jesus Christ, through the ministry of the Holy Spirit. We do not place our faith in Man. Our liberty, our prosperity, our justice, cannot depend upon the power of individuals within our political leadership. These rights have been given to us by God. We may support politicians with similar world views, but we do not look to them for our freedom and dignity and identity. This is why the Republican Party is ever at a disadvantage. If a Republican politician goes against the morality and reason of their constituents, their constituents rebel. We are not loyal to leaders, but rather to principles, to justice, and to truth. We abandon our leaders when they abandon our principles, and when they abandon justice and truth.

The Democrat Party marches in lockstep, despite its’ absurdities and perpetual failures. It doesn’t matter what their leaders do, there shall be no revolt, because they have no principles, they do not even believe they have access to real knowledge of the truth, and justice is merely the consensus of a mob. Take warning – these women on The View are not harmless. They are a dangerous and life-threatening symptom of a terrible disease.  They don’t know right from wrong. They look to Obama and Hillary to tell them what to think and what to believe. They really believe in things like man-made global warming, because their leaders tell them to do so. They really believe that America is an intolerant and bigoted nation, because that’s what their leaders tell them is true. They really believe that all these refugees are Syrian, are harmless, and are mostly comprised of widows and orphans. They have no reason to believe any of this, except that they have been told to do so by their leaders.

This is the real dilemma we face in America. This must become a focus of our study and a premise in all of our equations. Reason, in our dealings with the likes of Whoopi Goldberg, is ineffectual.

The Noisy Room : My nomination this week goes to Bill Gates and his carbon tax scam. He wants to spend $2 billion of his own money on it as an investment. That should tell you something. His says the private sector is too selfish and inefficient to get the job done. Bill Gates is not a socialist… he’s a fascist. My husband and I have been in computers forever. We know how Gates got his start. He did write some innovative code, but that’s not how he got where he is today. He did it by standing on the works of others and using people. Global warming, climate change does not exist. It is a monstrous hoax that fiends manipulate and the weak minded flock to. The only one that benefits from government funded technologies in that arena is Bill Gates, who stands to make an ever greater fortune off the misery of others, just as he does in Common Core. The private sector is not inept… capitalism is what grew this nation and entrepreneurship and capitalism is what will save it. Not socialism or more accurately, communism. Gates is a monster who must not prevail.

Gates is a criminal… a very wealthy, elitist one. Anyone who listens to him and follows him is making a serious mistake. He’s for eugenics, for Common Core, for climate change and for a one world government. Under what Gates proposes, we would be taxed into utter submission to the federal and global governments. There would be no free market… no chance to rise up and succeed just as Gates has. That door would be forever shut. He is touting the removal of the Constitution and our freedoms, so that the State may be enabled and put in control. If you oppose him, you are ill-informed and a moron. Listen to the man carefully; he does not hide what he is doing. What saddens and angers me are the many who seem to buy into Gates’ hogwash and follow him blindly. He has his own liberal lynch mob, that given half the chance would imprison and ‘re-educate’ those who disagree with him. Whatever you do, do not follow the Pied Piper of Tech. 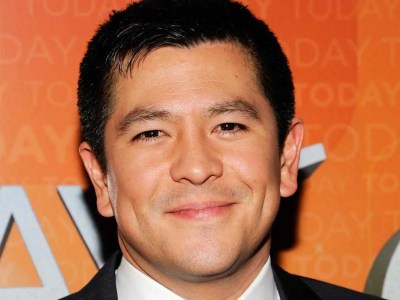 Fausta’s Blog: Carl Quintanilla, who came up with “”Congressional Republicans, Democrats and the White House are about to strike a compromise that would raise the debt limit, prevent a government shutdown, and calm financial markets of the fear that a Washington crisis is on the way. Does your opposition to it show you’re not the kind of problem-solver that American voters want?”‘
On the bright side, it gave Cruz an opening for the best line of the night.

The View’s Whoopi Goldberg, Famous For Formerly Being Funny!

The Independent Sentinel : Whoopi Goldberg is my weasel of the week.

After the “ladies” of The View insulted Carly Fiorina’s appearance during the debate, she said if she ever gets invited back onto the show, she’d like to see if they’d say that to her face.

Well, apparently, the catty women on The View didn’t like being called out for being rude. They invited Carly back on Friday and she’s going, but Whoopi, who won’t be present on Friday, took the coward’s way out and insulted her during Monday’s show.

Whoopi Goldberg said the “ladies” of The View raised Carly’s standing and then she actually said that Carly needs to learn when someone is coming for her, someone is paying her a compliment or just making an observation.

I think the “ladies” have gone mad. They are giving women a bad name.

They are the war on women.

What a despicable group of Weasels…ANY OF THEM COULD WIN! Check back Thursday to see which Weasel walks off with the statuette of shame!

Our Weasel Of The Week Nominees!!