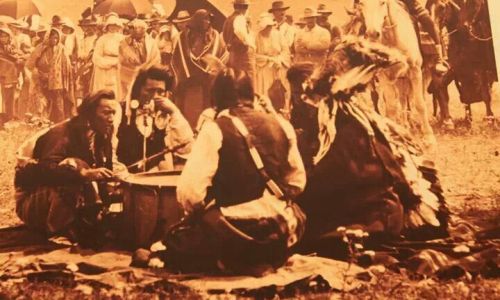 “Liberty means refusing to allow some men to use the state to compel other men to serve their interests or opinion.” – Auberon Herbert This week’s winning essay,Bookworm Room’s Sex and State Power — What’s Behind Obama’s Transgender Push is pretty much exactly what it sounds like – Bookworm’s exploration of exactly what’s behind President Obama’s threatening new diktat to America’s schools and other public facilities to normalize the use of women’s bathrooms and locker rooms by transgender males whom claim they feel ‘female’ – or else. Here’s a slice:

The Obama administration has announced that from this day forward, all public schools in America must let children choose their bathroom and locker room based upon a child’s feelings about his or her gender on any given day. This means that, if a male sexual predator (or simply a sexually curious boy) feels that today is a good day to be a girl and watch the girls’ volleyball team strip off in the bathroom, that is his right and the school is obligated to comply:

The guidance from leaders at the departments of Education and Justice says public schools are obligated to treat transgender students in a way that matches their gender identity, even if their education records or identity documents indicate a different sex.

“There is no room in our schools for discrimination of any kind, including discrimination against transgender students on the basis of their sex,” Attorney General Loretta Lynch said in a statement accompanying the directive, which is being sent to school districts Friday.

Because Congress has already allotted funds to the Department of Education, the DOE wields the power of the purse over this issue, and there’s nothing Congress can do to stop it.

If asked why they are forcing this policy onto American public schools, administration figures, from the president on down, would reply that they’re doing it “for the good of the children.” It’s all about self-actualization, and self-realization, and personal empowerment, right?

Wrong! This comes from the Left, so there’s good reason to believe that it’s not “for the children” at all. Indeed, there’s extremely good reason to believe that the transgender movement is very bad for those who identify as transgender, starting with the children and working up to the disproportionate number of transgender adults who commit suicide. David French has a good breakdown of the heartbreaking numbers behind the suddenly trendy tranny movement:

So it’s not “for the children.” Lie Number One is exposed.

For the last decade, the American public has been told that sexual orientation is a fixed, immutable characteristic — like skin color. Now we’re told that “gender identity” is much the same. Psychology is fixed. Biology has to adjust.

But observe the lamentation in the video: A transgender boy wants other boys to change, to reject the “born this way” of their own sexuality for the open-mindedness of “getting physical” with a girl with a penis. Claire is desperate for their psychology to change, for their minds to open, and for their sexual identity to change in response to Claire’s allegedly unchangeable desires.

Writing in the Gospel Coalition, Trevin Wax asks: “When a person feels a disjunction between one’s sex at birth and one’s gender identity, why is the only course of action to bring the body into closer conformity with the person’s psychological state, rather than vice versa?” That’s the course of action for the transitioning person. The course of action for their loved ones is substantially different. In essence, the Caitlyn Jenners are saying to their spouses or paramours, “I’m now a woman, and that makes you a lesbian.”

Even on the Left, saner minds are figuring out what I pointed out some time ago, which is that we laugh at and despair over all forms of body mutilation except for the gender type, which is wrongly celebrated. Daniel Harris, a hard Left gay man who hates Republicans, wrote a much-talked-about article for The Antioch Review stating the obvious, which I’ll summarize here in my own words: Body mutilation is always a sign of some sort of mental disability and that the LGBT world and its fellow travelers cannot say “All body mutilation is a tragic joke, except for gender mutilation, which is a wondrous thing.”

Or, to quote from Harris himself:

. . . TGs have ambushed the debate and entangled us in a snare of such trivialities as the proper pronouns with which to address them, protocol as Byzantine and patronizing as the etiquette for addressing royalty.They insult us with the pejorative term “cisgender,” which they use to describe those of us who accept, however unenthusiastically, our birth gender, as opposed to the enlightened few who question their sex. Moreover, they shame us into silence by ridiculing the blunders we make while trying to come to grips with their unique dilemmas, decrying our curiosity about their bodies as prurience and our unwillingness, or even inability, to enter into their own (often unsuccessful) illusion as narrow‑mindedness.
[snip]

In our non-Council category, the winner was Victor Davis Hanson with The Pajama Boy White House submitted by Stately McDaniel Manor.

It’s Dr. Hanson’s interesting look at what he sees as a real commonality in a number of the young, 30-something men who appear to run the White House…and their similarities with the star of certain ad put out by the White House to sell ObamaCare.

Here are this week’s full results. Only Fausta was unable to vote this week but was not subject to the usual 2/3 vote penalty:

This article is from: