The decimation of the American workforce may go down in history as Barack Obama’s greatest act of treason.

As the American middle class continues to shrink, the number of foreign workers taking their jobs are on the rise courtesy of Barack Obama, the U. S. Chamber of Commerce, establishment collaborators of both parties and corporate entities all of whom have for years alleged that there is a shortage of qualified Americans to do the job and are pro comprehensive immigration reform, i.e., a dog whistle for kill American jobs now.

While at the same time perpetuating the myth that the jobs being filled, you know the ones that Americans won’t do such as picking oranges and lettuce, corporations only caring about their bottom line are laying off the American workforce in marketing, software engineering, IT consulting, outsourcing services, tech, STEM industry among others by the thousands and replacing them with a foreign workforce[…]

I have always admired the Bush family and their collective service to our nation. George H.W Bush in particular because of his heroic service during WW II and his genuine zest for life, exhibited up until the last few years with his age defying acts to celebrate his birthdays.

All of that however is in danger of slipping away with the childlike behavior exhibited this week when they publically stated their intent of not endorsing Trump ,and or not voting for him. Perhaps Jeb , a recent combatant in what was at times an unpleasant primary campaign might still be licking his wounds, but for the family including 2 former Presidents to behave this way is unacceptable.

“ Read my lips”, the now infamous quote of H.W’s during his 1988 campaign , and in 2004 W’s promoting and passage of Medicare Part D ( solely to secure a 2nd term himself ) hardly endear these two as stalwart conservatives in the minds of those who were encouraged in 2008 and 2012 to set aside any differences in the interest of party unity.  This conduct only solidifies many conservatives view that the Bush family embodiment of establishment politics is so ingrained as to preclude them from now accepting the will of the voters in their choice of Trump as a standard bearer for the Republican Party.

If indeed this fracture isn’t healed and Hillary Clinton is sworn in next January those of us who have held our noses in the past and supported candidates that were too establishment for our tastes will not soon forget the Bush families distasteful conduct . If the republican party is to go to war with itself, then so be it. Electing the Bush candidates hardly served conservative values, and voters have clearly had enough of the family monarchy, to include both the Bush and Clinton family.

It has been a while since anyone has released any new polls. The last SC poll was on 1/27, before the Iowa Caucus and the New Hampshire Primary.

As expected, Ohio Governor Kasich has fallen from his second place finish in the New Hampshire primary to single digits.

The poll shows that the three remaining “establishment” candidates Rubio, Bush and Kasich have a combined 34.2% which would put the establishment 2 points behind Trump.

With Carson at under 5% and releasing staff this might just be the last race for the Doctor.

More polls should be released in the next few days. This one shows little movement from previous polls. Will other polling firms find a different story? 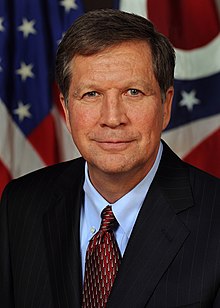 I’ve often been bothered by the lack of policy and experience exhibited by the Carson and Trump camps. They resonate with voters. They speak our language. Yet, they refuse to run on actual policy. I think this is why they are winning in the polls, however. Voters aren’t looking for policy or reason or thoughtfulness. They want contrariety and aggression and verbiage. Trump and Carson are speaking to the average voter. The average voter who doesn’t understand policy or political principles. They just want someone that talks like them and to them and who, in general, agrees with them. I get that. I really do.

I’ve long felt that this campaign ought to be Bush v. Cruz, because I think that Bush adequately represents the moderate Republicans and Cruz adequately represents conservative Republicans. However, Bush has disappeared. If you want a constitutional conservative, you want Ted Cruz or Rand Paul. You probably like Ben Carson, but who knows how he really feels about the Constitution? He doesn’t have a record. Neither does Trump, if you’re leaning in that direction. Yet, what about the establishment voter? They were told they had to be for Bush, but Bush hasn’t given them anything to vote for.

In fact, in the real world of Republican Politics, we might be looking at a battle no one saw coming – a battle between Trump, Kasich, and Cruz, assuming Carson’s and Bush’s money don’t keep them in the game until the end (which it’s likely to, but humor me). We all know what Jeb Bush means for the Republican Party. It means the same thing we’ve seen for years. The same people in the father’s circle were in W’s circle, and will be in Jeb!’s circle.

The new establishment candidate may be John Kasich. He is a big government, pro-state candidate. His biggest failings have been on Medicaid Expansion in Ohio and on his quasi-pro-amnesty rhetoric. But, Kasich isn’t Bush. Kasich’s people aren’t Bush people. Take a look at his platform. Unlike Bush and Christie, Kasich is looking to return power back to the States. Yes, as Governor, he’s done things the grassroots can’t stomach, but he has backed it up with a fighting platform against the federal government.

Maybe Kasich is the Federalist-Establishment Candidate? Personally, after studying Kacish’s Presidential Platform, if it weren’t for his awful positioning on immigration, I would consider him to be heads and tails ahead of the rest of the establishment elite gunning for the GOP nomination. I can’t support him, because where he’s bad on policy, he’s really bad; but where he’s good, he’s really good.

Considering his policy proposals and experience, I am a bit surprised that the establishment, in abandoning Bush, have gravitated to Marco Rubio (a Pro-Amnesty TEA Party corundum with a fairly conservative voting record), instead of Kasich, who has much more experience and is rolling out bold plans for reforms that might actually make it through the current United States Congress. Yes! Even this Congress.

I won’t be voting for Governor Kasich, but my estimation of him has greatly increased. He is a serious candidate. Unfortunately, like Rand Paul, whomever is orchestrating the melody of his campaign persona has failed completely to grasp the mood and motivation of his target audience. Kasich needs more than just smart ideas. He needs to reach across the aisle to conservatives and offer them something they can latch on to – and being soft on illegal immigration is exactly the wrong tune to play. Kasich is a smart man, it would seem, with great ideas and bold policy initiatives – but his team miscalculated what it would take to win the Republican Nomination.

They have not, however, miscalculated how to make their candidate an outstanding Vice-Presidential Nominee (if an outsider like Trump, Carson, or Fiorina, or a constitutional conservative/libertarian like Cruz or Paul, win the nomination.