James Murdoch departed Fox in March. But it is clear that he did extensive damage before that. Fox News has been in steep decline for years, with only Hannity and Tucker Carlson holding the line against the network becoming just another leftist enemedia propaganda outlet, pumping out disinformation in a desperate attempt to protect the deep state swamp and discredit and destroy President Trump. James Murdoch at the head of Fox News was like making Adolf Hitler Prime Minister of Great Britain during World War II. Now it is clear, with the news of these contributions to Biden and Mayor Pete, why Fox is just a shadow of its former self. It’s also an object lesson in the futility of appeasement: despite its submission, the leftist media establishment hates Fox with the same burning intensity it always had for the network.

James Murdoch, the son of billionaire and Fox Corporation founder Rupert Murdoch, and his wife Kathryn have donated $1.23 million to former Vice President Joe Biden’s presidential campaign, according to filings.

Murdoch’s million-dollar donation to the Biden campaign isn’t the first contribution he’s made during the 2020 presidential election. In April, Murdoch gave $2,800 to former South Bend, Indiana, Mayor Pete Buttigieg’s campaign, the largest amount possible to a primary candidate. Appearing at Vanity Fair’s New Establishment summit in October, Murdoch declaredButtigieg has the “composure, character, thoughtfulness, courage to handle some of the hardest challenges that we have.”

During the same discussion, Murdoch admitted that he no longer watches Fox News and lamented the departure of longtime anchor Shepard Smith…

Have a tip we should know? Your anonymity is NEVER compromised. Emailtips@thegellerreport.com

WHO IS KEEPING THE “RIGHT OF RETURN” ALIVE? (PART 2)

TDS: CNN CALLS MOUNT RUSHMORE A ‘MONUMENT OF TWO SLAVEOWNERS’ AFTER EXTOLLING ITS ‘MAJESTY’ WITH OBAMA 2016 AND COMMUNIST BERNIE SANDERS 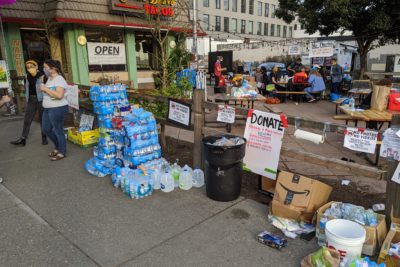 JEWS ARE THE ENEMY, MUSLIMS SHOULD FIGHT THEM – MALAYSIAN FORMER PM

COVID DEATHS CONTINUE TO FALL: “BIGGEST MILESTONE TODAY IS THAT THE 7-DAY AVERAGE FOR COVID-19 DEATHS REPORTED BY STATES FELL BELOW 500″

FAKE NEWS TRIES TO DEBUNK TRUMP STATEMENT ‘MOST DANGEROUS CITIES ARE RUN BY DEMOCRATS,’ AND THEY FAILED

NFL ANNOUNCES ‘BLACK NATIONAL ANTHEM’ WILL BE PLAYED BEFORE GAMES

By The Great, Pamela Geller

The post The GELLER REPORT – USA, JEWS, ISRAEL, TRUMP, 2020, MUSLIMS, ISLAM, AND ALL…. appeared first on Watcher of Weasels.